A series of walks in the sussex countryside, devised in collaboration with, and always close to, The Bluebell Railway. 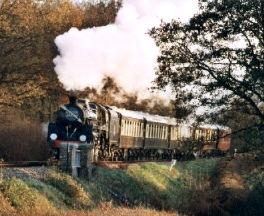 This series of walks focuses on the areas around The Bluebell Railway, which runs between Sheffield Park and Horsted Keynes in West Sussex. These are intended as family walks, rather than high-energy hikes, and the child-appeal is increased by the realisation that this was the setting for the popular film, "The Railway Children".

For those with the inclination, the 7 sections of the continuous route can be pieced together into a single route for a day or a weekend walk. 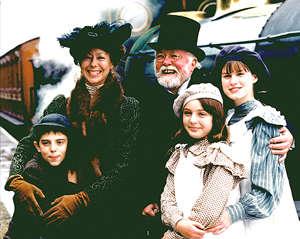 Index to The Railway Children Walks

Thes walks are all at low level and easy. They are generally suitable for family walks, but watch the distance where young children are involed.

Bluebell Railway - This stretch of full-gauge rail line was preserved by the energies of one of the earliest railway preservation societies and has been a popular family attraction for half a century. The line runs through prettry Sussex countryside, driving beautifully maintained steam trains and rolling stock through cuttings, embankments and stations lovingly preserved since the axe fell on the British Railways' service in this area.