A walk through woodland to a fine waterfall with a return route through beautiful Eskdale.

This walk brings together a range of attractions to delight the eye and add to the interest. Starting and finishing at the Ravenglass and Eskdale Railway car park it offers the chance to include a train ride through gorgeous scenery. However, the sight of Stanley Force itself is alone worth the walk. 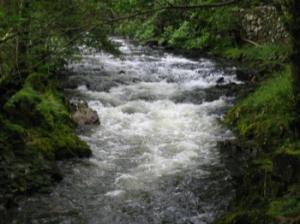 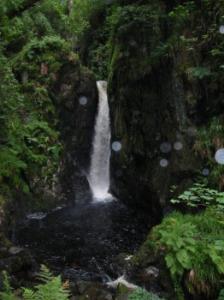 Walk out of the Dalesgarth Station car park and turn left. Follow the road down to a junction and turn left (signposted 'Stanley Ghyll and Dalegarth Falls). Follow the road over a stone bridge (Trough House Bridge) crossing the River Esk. Pass a small car park. The road now becomes a rough track.

Follow the path across a plank bridge and continue up the wooded gorge to a footbridge. Cross to the opposite bank then walk up to a second bridge leading back to the right side of the gorge. Go up to a third bridge, from where you will gain your first sight of the falls. Cross the bridge and up the rocky path to overlook the falls pool. Walk back a short way from the bridge and, before the path goes down, take the alternative path on the left leading uphill. 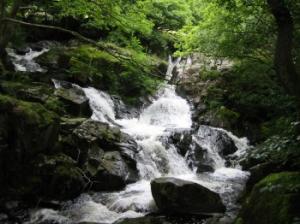 Cross a small bridge and continue up some steps. As you approach the head of that small side valley turn sharp right (hairpin) and follow the narrow path to the top of the bank. This alternative path offers cameo glimpses of Eskdale, through the trees, and leads back to the main path at a T-junction. 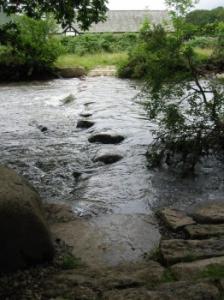 Turn left onto the main path and re-cross the plank bridge. Where the river sweeps right and the path sweeps left, continue straight ahead through the trees. You will soon see a footbridge on your right.

Cross the footbridge and go through a gate. Follow the path straight ahead under the gaze of Hartley Crag. Cross a stream, which brings you to a ford crossing the River Esk opposite St Catherine's church. Go right through a gate and follow the path alongside the river, veering right after a few yards to mount the top of the bank. 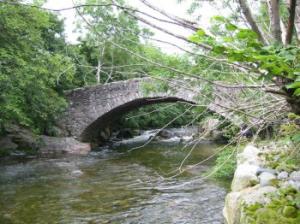 Pass an iron and wooden bridge that crosses a gorge section of the river and continue along the same bank. When you come to a wall, turn right and climb up to another broader path.

Turn left and go through a gate. On the right is Gate Crag. Follow the broad path parallel to a wall. Pass a line of conifers enclosing a quiet pool. Go through a gate and over a footbridge. Continue between stone walls until the path sweeps left and passes in front of some cottages. Go over a cattle grid and on down to cross a stone packhorse bridge (known locally as Doctor's Bridge). 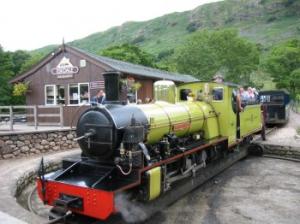 Turn right over the bridge and follow the short road back to the 'main' Eskdale road. Turn left at the T junction and, after about ¼ mile, turn right into a footpath signposted ' Stoney Tarn via Eel Tarn' (this is one of the possible routes to Scafell). Follow the path up and, where it splits, take the bridle path towards Boot. On the hill opposite (left) you will see the cascade of Birker Force pouring down the cliff face.

As you come down into Boot notice the waterfalls to the right of the track. When you come to the road turn left to walk through the village past whitewashed houses and shops. At the T junction beside a hotel/inn turn right and walk back along the road to the Station Car Park.

This 4 ½ mile walk includes some inclines but is not difficult. However, some sections can be slippery and good footwear is advisable. The walk can be shortened by returning direct from various points.

Boot -  This tiny village nestles prettily under the lower slopes of England's highest mountain range. The old Eskdale water mill is run as a visitor attraction.

Stanley Force - Named after the Stanley family, who were occupants of Dalegarth Hall, this 40-foot waterfall became a popular attraction during the Victorian era.